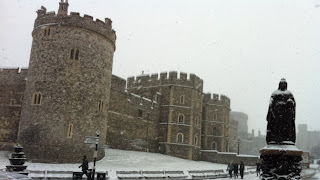 What could this photo possibly have to do with an African safari? My route to Kenya was LA, London, Cairo, Nairobi. I had planned to stopover in the UK to visit a friend in Windsor. The day I arrived they announced that it was the coldest day of the 20th century! I remember tramping through the snow from Heathrow Airport and catching the bus to Windsor. Mean temperature 1.6 Celsius. 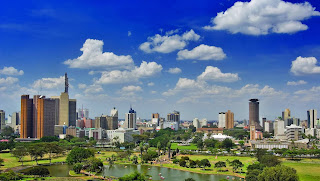 We finally arrived in Nairobi, got settled in the hotel, and met the safari organizers. The schedule was basically two weeks camping in Amboseli National Park, Masai Mara, and Samburu National Reserve. After the safari, there was an option to go to the east coast of Kenya to visit Mombasa, Malindi, and Lamu Island.  We had a few days in Nairobi prior to the beginning of the safari.

Our first visit was to the Nairobi National Museum. As we entered the building, we were approached by our docent. She walked right up to us and announced, "Welcome I'll be your guide for today, I'm Mary Leakey." We were flabbergasted. Mary and her husband Richard were the famous paleoanthropologists who spent years in Olduvai Gorge looking for and discovering fossils of early man. They were also famous for discovering the Laetoli footprints which showed that early ancestors of man had walked upright. 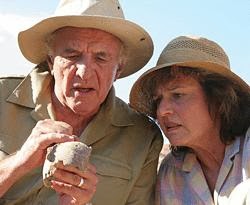 Our first camping spot was in Amboseli National Park. Our accommodations were two man tents equipped with cots for sleeping. The guides told us to provide plenty of room between  the tents (which we were erecting) to allow the elephants to walk between the tents without knocking them down. What a start!! Imagine waking up to this scene in the shadow of Mt. Kilimanjaro, the highest mountain in Africa, 5,895 meters. 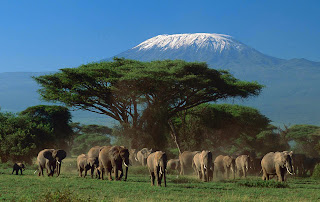