I know it’s difficult to travel with carryon luggage only. There are lots of advantages. If you’ve ever arrived at your destination to find that your luggage is in Cleveland, you’ll know what I mean. You can use public transportation to get to and from the airport. Recently in Rome, the taxi rate to the city was around €40 while the airport bus was around €8. Traveling with one small carryon makes it so much easier to board airplanes, buses, and trains. In most of Europe, it’s not unusual to see people on the Metro, buses, trams, and trains with their luggage. Lots of companies like Columbia make high quality travel clothes that can most of the time dry overnight. I always pack a small bag of laundry detergent, clothes pins, and some kind of small clothes line. My feeling is that you’re traveling too fast if your clothes don’t have time to dry. Many cities now have automatic laundromats but they have a tendency to be small and expensive.

Everyone should have a packing list on their computer. Here are some items you might want to add to your list. Create a small medical kit which might contain, pain medication, antibiotic cream, bandages, cold/flu medication, and antacids. Remember that most of Europe uses 240 volts instead of the US 110 volt system. I learned the hard way by frying my WaterPik in Barcelona. Not only that, they also have different shaped electrical plugs. First start by googling the country or countries you plan to visit to determine what kind of electrical adapter you need. Next, check all your devices, shaver, electric tooth brush, phone charger, hair dryer, etc. to determine if they are designed for dual voltage. You might see something on them like this: Input AC 100-240 volts. These devices can be used in Europe with the appropriate electrical plug adaptor. If you insist on bringing a 110 volt only device, you will need to buy a voltage converter. I have a Ravpower multi-charger. Once I plug in this charger using the appropriate electrical plug adapter, I can charge my iPad and iPhone and other dual voltage computer devices. If You forget your adapters, most small neighborhood stores and hardware stores sell adapters.

I’ve traveled in Europe extensively for the last several years. I’ve been thinking about some of the differences between US and European culture. Tipping which is common in the US in not common in Europe. In some counties, a service charge will automatically be added to your bill.

Don’t expect a free glass of ice water in restaurants. Usually water is an item that needs to be paid for. Sometimes the water costs as much as a glass of vin ordinare. Don’t be surprised if you’re charged for the basket of bread on your table. The good news is that generally you can linger for hours at your table. The waiter won’t bring your bill until you catch his attention and pretend you’re writing on your hand. Generally, the special of the day is written on a blackboard near the entrance to a restaurant. The budget meal is three courses, a starter, a main course, and dessert. Usually it’s indicated where wine or an other beverage is included.

I think Americans my be the only people in the developed world who don’t eat with their fork in their left hand and their knife in their right hand. European don’t cut their food and then change the fork from their left hand to their right hand. The fork is also turned with the tines down. When a European pauses eating to have a sip of wine, they place their fork and knife face down on the edge of their plate. When a European finishes eating, they place their knife and fork parallel and face up in the center of their plate.  This is a signal to the wait person that they have finished eating.
In Europe, it’s not unusual to pay to go to a public toilet. Some have a place to deposit a coin and some kind of turnstile. Other restrooms might have an attendant collecting the money.

Most major cities have an underground or subway Metro system. Maps of the system are generally displayed at the entrance to a subway. There’s a secret to getting on a train going in the right direction. The trains and the platforms are generally marked with the last stop on the line. You need to check on the map to see what the last stop is so you can go in the right direction. In most cases, this is also true of buses. Most buses have some kind of machine that you insert your ticket for a time stamp. Failure to time stamp your ticket could result in a hefty fine if an inspector comes on board. Google maps works quite well in most major cities even if you’re walking. I recently followed step by step directions of Google maps from my place in Transvere, Rome to the Parthenon.
Most European flats have very secure front doors and most residents double lock their doors when entering or leaving their flats. Many residents have washing machines but few have dryers. Most building have a courtyard where close lines on pulleys are used to dry clothes. Also, almost everyone has some kind of folding clothes drying rack in their flat.

If you don’t speak a foreign language, don’t let this discourage you from traveling. The good news is that English has become the universal language. Most Europeans speak several languages including English. Most wait staff in Europe understand a number of languages. It never hurts to learn, hello, good day, good bye, please, and thank you. I had an occasion recently to use Google translate. My host in Rome only spoke a few words of English.  Google translate was fabulous. You can download the language you want and it won’t require an Internet connection. It’s amazing how well we can communicate through gestures. It’s a little like playing charades!

If you’re your traveling on an organized tour, all your accommodations are generally included. I prefer to travel independently which means arranging a place to stay. There are lots of options to a hotel, VRBO (Vacation Rentals By owners), Home Exchange, a number of different hospitality arrangements by profession such as teachers, etc. My choice is Air B&B. You have an opportunity to shop around online. You can use filters to see only listings within your budget, or child friendly listings, etc. You can also see reviews by previous travelers. You can also ask to only see listing available during your travel dates. You won’t see the exact address but you will see a general area where the listing is located. Using Google maps you can get an idea of where it’s located. You can also use Wikipedia or google to ask for lists of different neighborhoods. Do you want to stay in “Beverly Hills,” or the Hipster arty neighborhood. Many Air B&Bs have special discounts for longer stays from one week to one month or longer. You can also generally determine if the host actually lives there or is just running a self operating rooming house. Also you can get a general idea of what a place looks like from photos. You’re able to pose questions to the host before making a commitment to rent. This is also an opportunity to interact with a local person. You will also have the option to cook meals.

Internet and cell phones
Most of us can’t imagine going anywhere without our cellphones. Your cell phone will work in just about any country through a system called data roaming. Unfortunately this system can be horribly expensive. The first thing to do is contact your provider and ask them what plans they have for foreign travel and what are the limits of data. Many people with an unlocked phone purchase a local SIM chip with a data package. Some people just keep their phone in Airplane mode and only use Wi-Fi. The iPhone 10 & 11 has an e-sim mode where you can have a data package and still be able to retain your US number. Check out GigSky.

Apple: Takes a Lickin’ and Keeps on Tickin’

I recently fell into the bay fully clothed while trying to fasten a line from a boat to the dock. Only my pride was injured. My iPhone XR and Series 3 Apple Watch only required a rinse with fresh water. I didn’t even have to turn them off! My hearing aids required flushing with fresh water, a quick spray with canned air, and left overnight buried in rice. The next day they worked fine. The only casualty was my glasses that disappeared in the murky water.

I’ve never had any Apple device get submerged in water so I was really impressed with their performance.
Posted by RV Bond at 5:36 PM No comments: 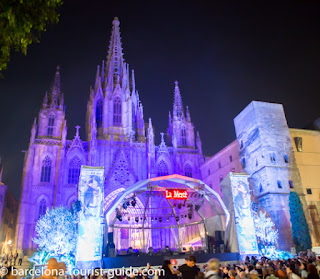